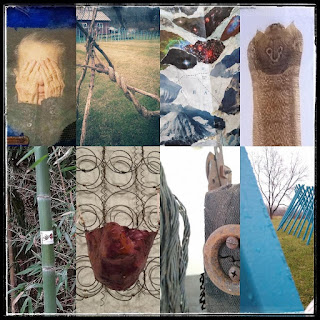 I had an idea to do this post on December 25th to commemorate the birth of our Lord and Saviour, Louise Bourgeois (above), but somehow sheltering in place & being unemployed keeps me so busy?! But here it is, the cusp of a clean calendar, and here are some of the many Things that we at the Extinct Flightless Arts Collective contrived to create in 02020... 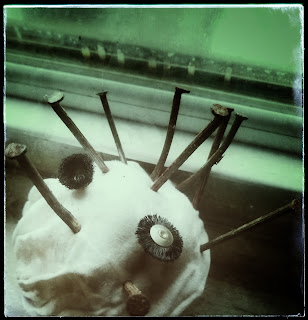 Back in March, when in-person events were falling like dominoes, Diana Smiles was a strong and creative early voice for online Burner activities and new ways to connect. Her spearheading of "Virtual del Fuego" became a sparkling example of how to innovate, sustain community, and make art happen, come hell or high fevers. 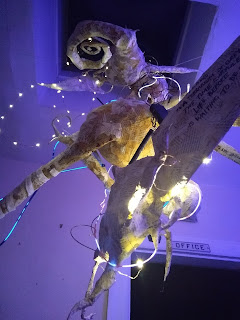 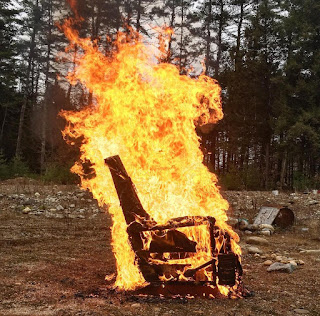 How Are You...REALLY? by DJH and a still from Witness by Filth & Bxiie,
both shared live/online as part of Virtual del Fuego
This summer, my little section of DCAC's Wallmountables did surprisingly well, especially given that gallery visits were by appointment only, with masks and temperature checks (and it was in the 90s outside). 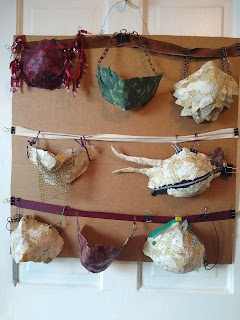 All Breath Is Shared and a selection of papier-mache masks by DJH
In the relative safety of the hinterlands, our Vermont correspondents were industrious -- at least until ski season began. This year brought several outdoor sculpture installations (go to bxiie.com for many beautiful photos) and an intriguing new series of "Machines" by Filth... 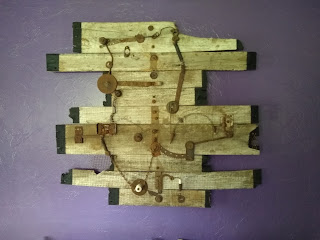 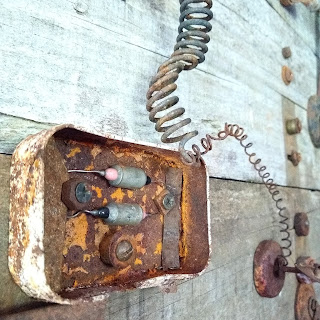 Machine for a desperate planet. (full view and detail) by Filth 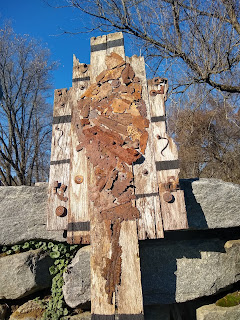 Machine for a lonely afternoon. by Filth 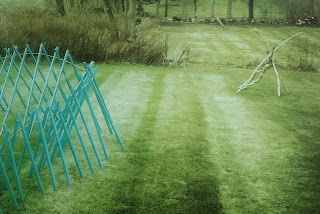 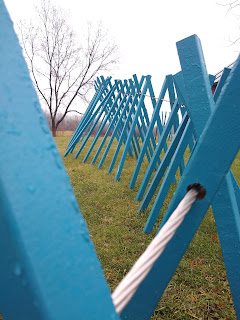 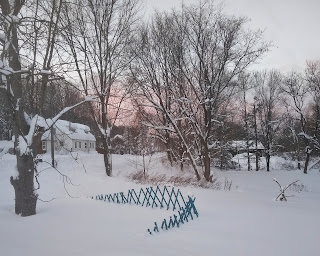 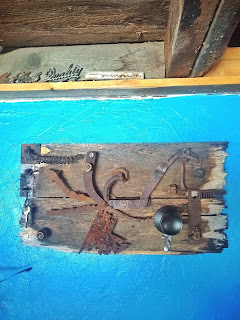 Machine for an interim period. by Filth 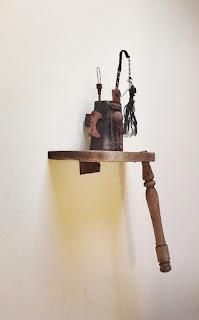 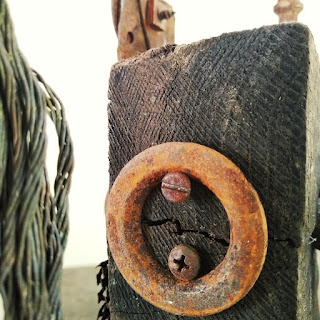 Machine for a pervasive menace. (full view and detail), by Filth
Back in DC, Mr. Darkness has returned to an earlier chainmail project and is experimenting with aging and darkening new metal links to reconfigure and reinvent the piece. At this stage it reminds me of the recurring icon from the Cremaster Cycle... 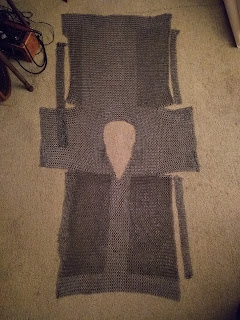 And he finally framed the cobra skin his dad bought on the street in Bombay in 1980...
Diana Smiles, though she considers herself "more of a facilitator of other people's art" (see above, re: VdF! <3), has been active with the FirePony Connections Committee, including creating this beauty for their holiday art card exchange: 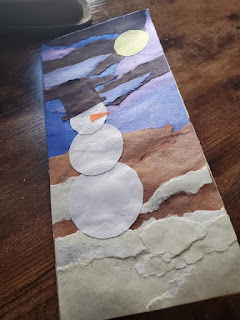 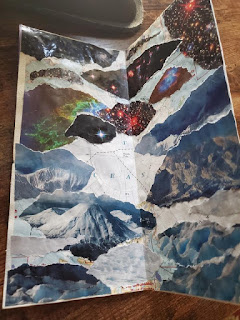 In sum, we stayed healthy and did our best to keep adding to the mix. May the next year see much joyous mayhem.
“Art is restoration: the idea is to repair the damages that are inflicted in life,
to make something that is fragmented - which is what fear and anxiety
do to a person - into something whole.”  -- Louise Bourgeois
Posted by flightless at 5:02 PM