I've been out of touch but with good reason.  I'm really busy building several outdoor somethings for Sculpturefest, a show in Woodstock, Vermont, that starts the weekend after next.  I also have some 3D work going on, a new PVC piece in progress, and am working on the concept for another outdoor piece for Ecovisions, another outdoor show in Woodstock starting in September.

On Saturday, June 13, Rabid and I attended the Paper Pirates event in Brooklyn. 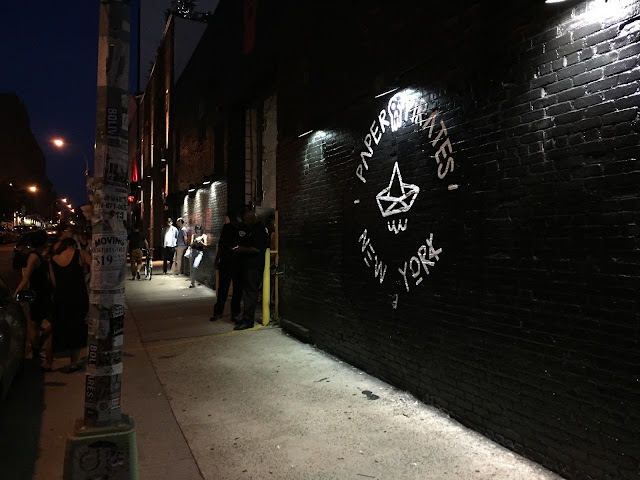 The premise is fun; interested people send up to four photos then go to the party.  At the party, everyone looks at the pictures.  When the signal is given, everyone grabs a photo or photos that they like to take home.

Two weeks ago, I sent Paper Pirates four pictures; three of sculptural stuff and one of my friend, Scott Slagle, DJing. 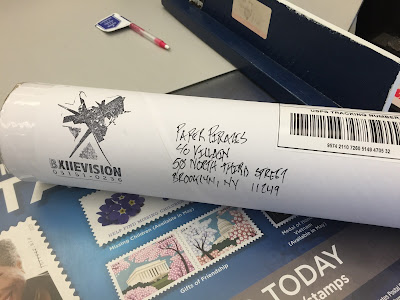 The party was in an event space.  It was kind of busy.  The below picture is not mine; it is by Paper Pirates and from their Facebook page here. 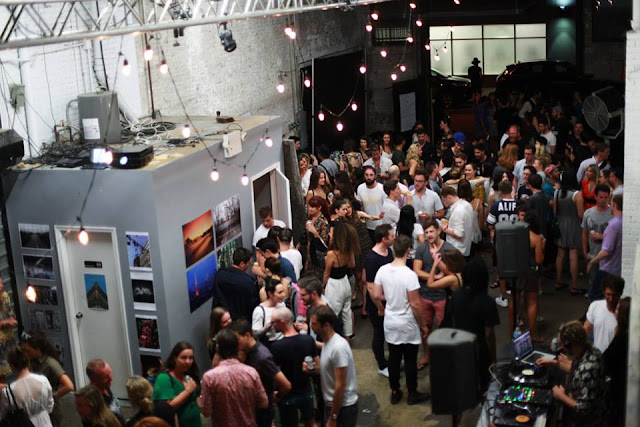 There were a lot of pictures; maybe two hundred.

The first cool thing that happened was right as we entered.  The event was sponsored by 'Stolen Rum' and the various social media ads had stated that rum would be on offer.  Well, the bar only had beer.  That was fine, really, though I had been building an interest in having a sniff of rum.  So I ordered a beer for Rabid and one for myself (not too expensive; $4 each) and asked about the rum.  The bartender said that they were only serving beer.  I told the bartender that we had come down from Vermont expressly for the rum.  He looked as though he was at a loss for a moment and then gave me both beers and wouldn't accept any cash.  Thank you!

Rabid and I wandered around and looked at pictures.

Along the way, we found three of my pictures; one in the above shot and two in the below. 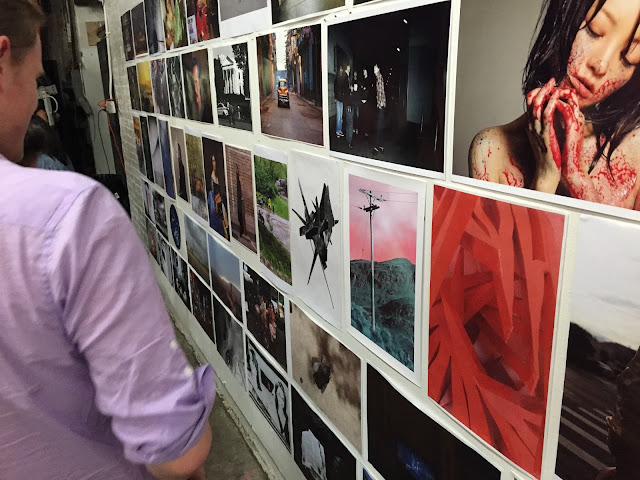 We realized that the Slagle DJ picture was not on one of the walls.  I got this weird sinking feeling.  Why would they put up my other three pictures but not that one?

We took another walk around the room and both saw the Slagle picture at the same time...  It was by itself on the front of the DJ booth! 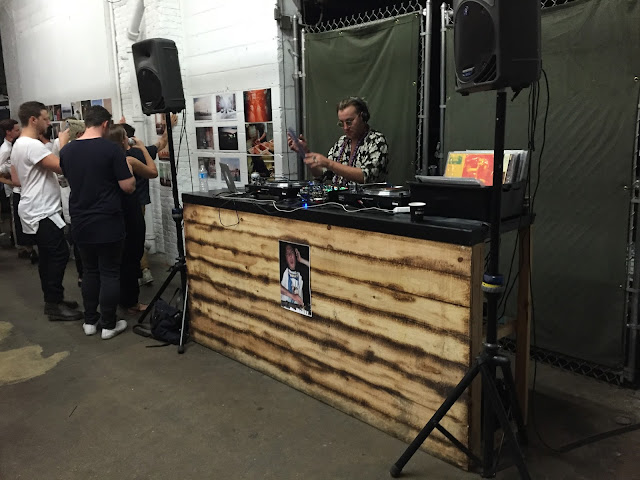 Wow!  I felt honored to have my picture set off all by itself. 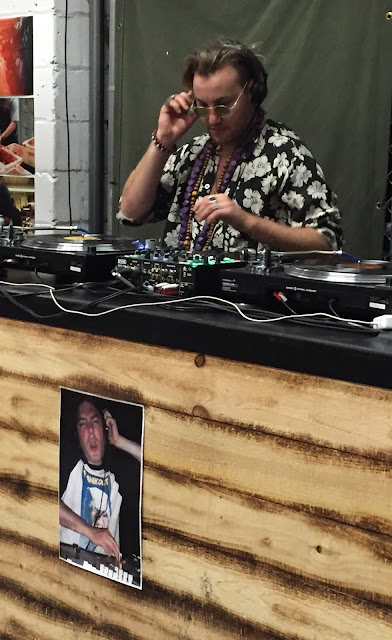 After a bit, Rabid and I tracked down Tim, one of the Paper Pirates guys, and I thanked him for the placement.  He remembered that my picture had come with three sculpture shots and we momentarily discussed the broad scope of what I do.  He had to move along but he warned us that the picture stealing would occur in the next fifteen minutes or so.  We went and staked out images that we liked. 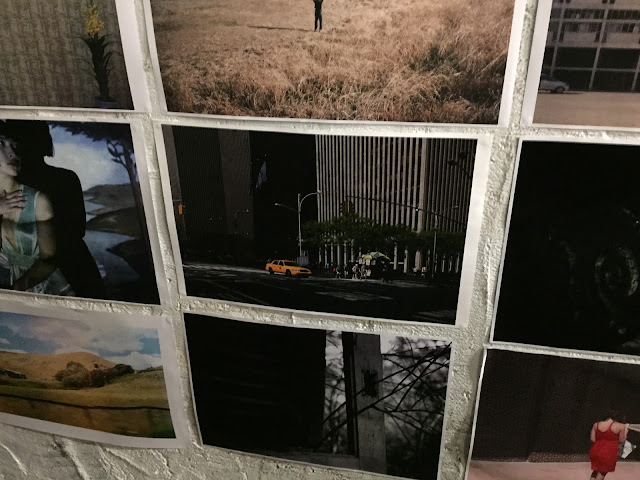 After a bit, the DJ announced that the pictures could be removed.  I took the understated WTC image shown above (I am remiss by not knowing the name of the photographer yet but I will update this post as soon as I figure it out).

The DJ took the Slagle shot.

One of my images was abandoned.  It was sort of a default picture and I agree that I could have selected a better one.  After the comped beer and the Slagle placement, I was perfectly fine with my lonely lame picture being left on the wall. 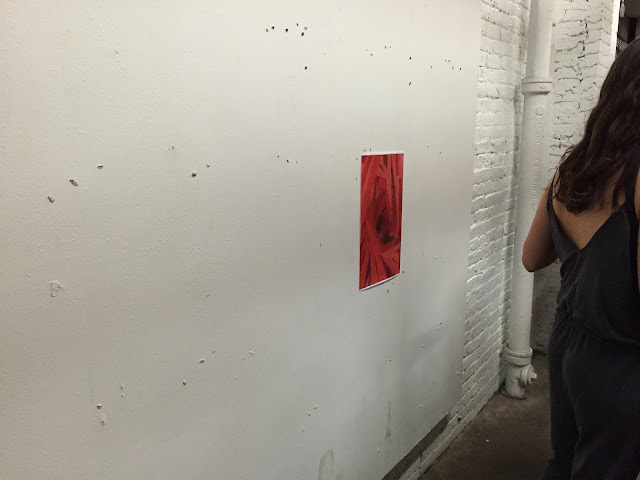