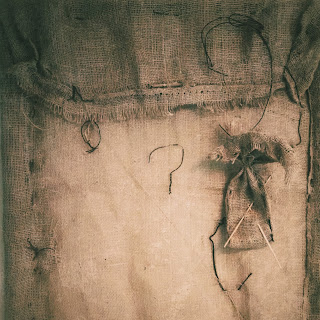 * I cut the ill-designed bodice off a dress and made an excellent skirt, just in time for it to be far too hot to wear it.

* Old boots, sliced open: Giving up the notion of someday repairing them, I look forward to stitching a Furiosa-esque harness or utility/garter belt from the scraps.

* Abrupt DC summertime: Bring out your electric fans; clean off the windowsills! Dust the ceiling fans. Try not to dust your nasal passages.

* An essay stalled, grinding gears: I cut it apart and taped it back together.

* Writing memoir or roman-a-clef: As if to mend the past, but not in a novelist's way of reinventing and fictionalizing it into something neater or more epic, something with an arc and closure. This is more like golden joinery: mending without hiding the breaks. More like how the body mends: a scar here, a lump of bone there. Altered but healed.
Posted by flightless at 3:18 PM No comments:

My art year runs on its own calendar; the year starts in April or so.  This year has been a little different in that my usual three-season physical art production - limited by the lack of heat in the work room (aka 'garage')- has gone to four seasons, year-round, with the addition of 3D printing. 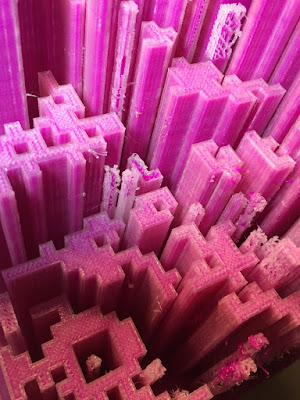 A few things are in place for this year; I'll be showing at Sculpturefest (Woodstock, Vermont) again in July, and then something on the King Farm (also Woodstock) in early autumn.  There are vague rumors of potential other things - best not to talk about those yet.

This weekend was about broken things.

My work for last year's Sculpturefest, Argument, was placed into a private collection last autumn.  Here it is in its new home. 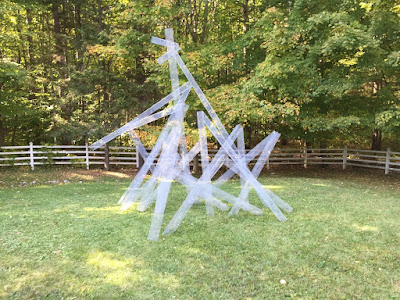 For some crazy reason I did not stake Argument when I installed it.  In November, I received a panicked email from the owners.  Argument had blown over in a storm. 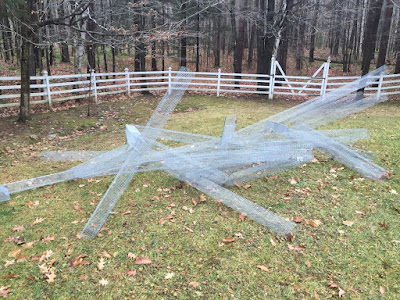 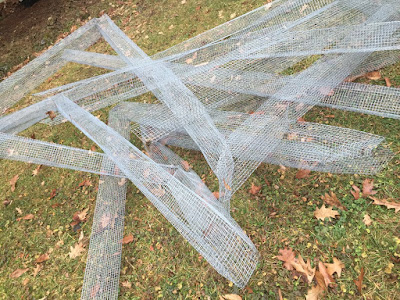 In November, I spent a few hours on repairs.  I had to disassemble some of the sections, decrumple a number of the beams and joins, and put everything back together.  Repair work stopped when winter hit.

Earlier this spring, I finished the repair work.  Yesterday, I moved the piece a few feet to meet the aesthetic vision of the owners and replaced temporary stakes with permanent ones. 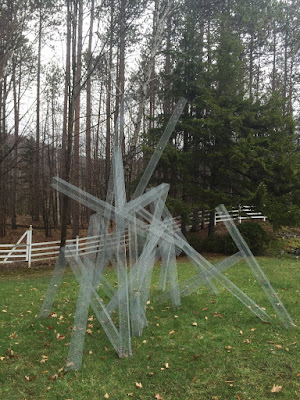 This image does not have the best lighting but does show that Argument is now back on its feet.  The owners are very happy with the piece.  I'm very happy that they are very happy.

Some of my work this year incorporates 'second generation' mesh construction.  This entails an extruded aluminum armature with 3D printed standoffs supporting the wire mesh.  There's more to it, but that's all you need to know for now. 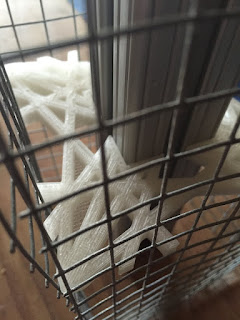 While I was working on Argument, my happy little printer was printing away, working on two supports for my prototype.  It had a little problem, and then it got worse.

Here's the technically-accurate version of what happened.  If you don't grok 3D printing, you can skip to the simple version below.

The third standoff prototype (shown above) had problems with the part failing to adhere to the raft.  I use a raft because I can't seem to get the part to print directly to the bed.  The part is printed in PLA, polylactic acid.  I recently bought some PVA, polyvinyl alcohol, a plastic filament that dissolves in water, with the idea that I would use the PVA for complex supports.  I decided to print the raft with PVA to take care of the adhesion problem.  The raft printed great but the PLA appears to have not stuck to it.  Two finished parts-worth of extruded PLA ended up stuck to one of my extruders.  While removing the plastic, I ripped the leads off the thermistor that controls that extruder.

I broke the printer.  The new thermistor is on its way; hopefully I'll be up and running by the end of the week.