i'm over on the nanowrimo forums as "flightless" if anyone else is wordshoveling this fall.


Posted by flightless at 3:04 PM No comments: Links to this post


I ran into fabrication issues immediately.  The wood was not easy to find.  I had wood delivered by a major retailer; when it finally arrived, the wood was poor quality and I had to send it back.  I realized that even when I found good material, drilling 2" holes through these beams was going to be a very daunting task. 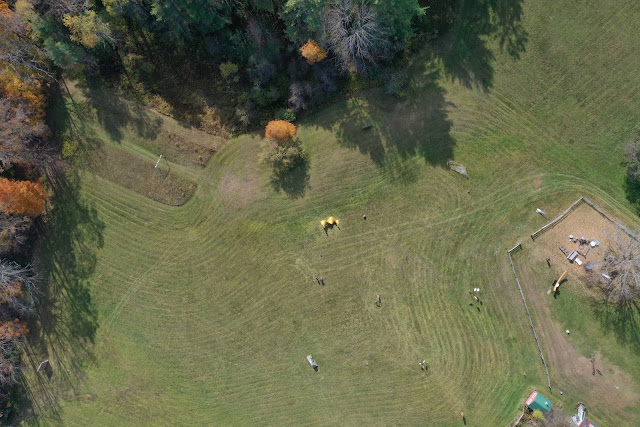 Work on your art!
Posted by bxiie at 12:39 AM No comments: Links to this post

Back on my cracked kettle 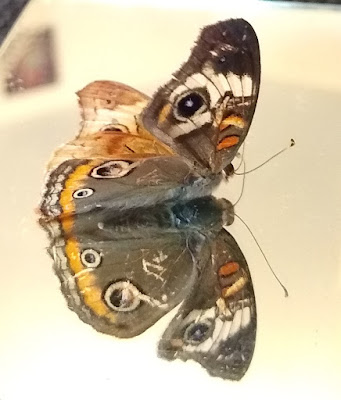 This weekend is the Writer's Digest Conference in NYC. I'll have a little paper sign that says SOBER MEETUP in the "Facebook Lounge" during happy hour (6ish Fri.) and the Saturday night cocktail party.

I am also reserving the right to bolt mid-socializing and go see the Ragnar Kjartansson exhibition at the Met.  Death Is Elsewhere

Posted by flightless at 5:16 PM 3 comments: Links to this post

I marked down the prices on my art at DCAC. Final three days! 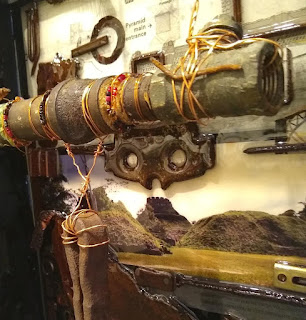 Posted by flightless at 11:07 AM No comments: Links to this post

Every Sin But Littering 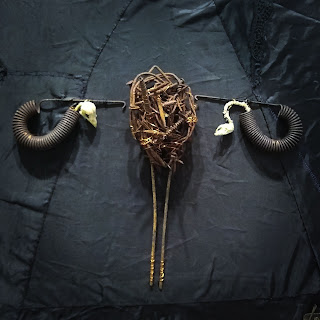 Posted by flightless at 7:17 PM No comments: Links to this post

Once again you can find art by Dan X Herr and me (DJH) in the "Wallmountables" show at DCAC -- opening tonight (July 26, 7-9pm) in Adams Morgan.

Friend of the Collective Lori Walsh-Van Wey (http://opulenttarnish.com/) also has spectacular new pieces on view and for sale.

The show will be up through August 16th, which is a much shorter run than last year's -- only three weeks! Gallery hours are Wed-Sun. 2 to 7 p.m., open later on Fri/Sat nights when there is a performance in the back room. Details at DCArtsCenter.org. 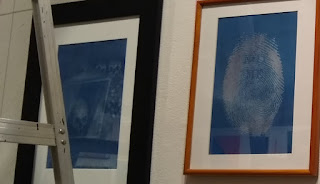 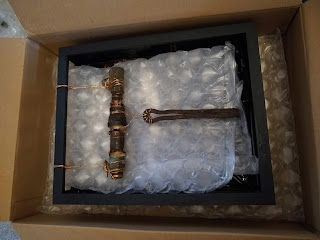 Posted by flightless at 3:35 PM No comments: Links to this post

I'm tentatively planning something for the DCAC Wallmountables show this summer, but in the meantime all I am doing is working on my new novel. I did hit 50,000 words in Nanowrimo (yay!) and I like a lot of them, but some of that inevitably became backstory/reference, and the actual manuscript is hovering around 65,000 of a total probably 85,000. (I'd like it to be taut and saleable, unlike everything else I've worked on...) So far so good! I like what I'm doing.

I plan to attend the Washington Writers Conference again this May, and I'm also eyeing the much bigger (and twice as expensive) Writer's Digest Conference in August in Manhattan. Early bird registration for that one ends 3/26/19, so I'm trying to gather as much info as I can (and pick up all the pennies I find on the sidewalk). On the extremely off chance that anyone reads this & has any knowledge or experience of the WDC let me know! Fortunately I have crash space so my only real expense will be the conference fee itself, and the "Pitch Slam."

At both conferences I am hoping to connect with other writers, too. I need beta readers and mutual support from folks who understand what it's like. Writing is lonely! Although these imaginary people (and not-quite-people) I'm spending my days with are turning out to be pretty intriguing. 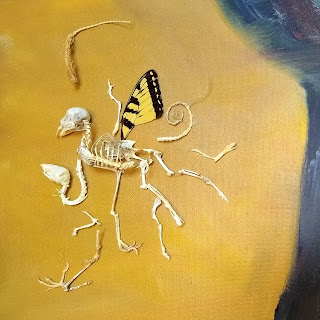 Posted by flightless at 12:02 PM No comments: Links to this post